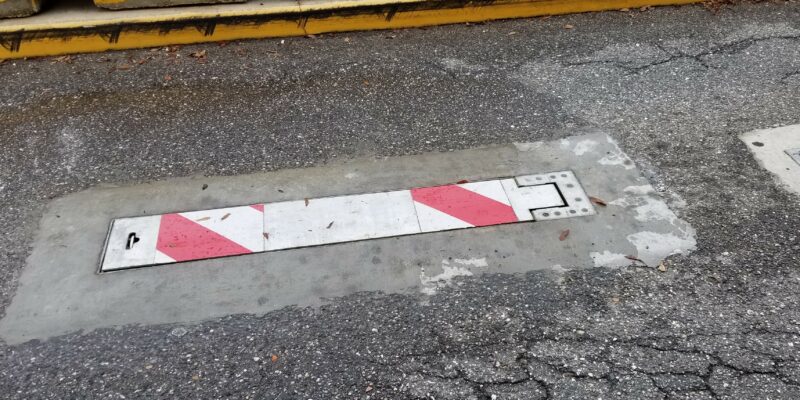 The US Patent Office issued Patent No. US 11,319,681 B2 to 8-koi on May 3, 2022 for a bollard system invented by 8-koi VP of Construction Otto Herrera. The patent application for the physical security device used to restrict vehicular movement was filed August 6, 2020 in response to a DoD customer’s request for a solution to their force protection.

“Their fancy hydraulic traffic retractable bollard system was inoperable because of built up debris and muck within the mechanism. I couldn’t fix the existing problem, nor could the manufacturer, but I thought a simpler retractable system could serve the same purpose,” says Otto. “I proposed a conceptional system with a cardboard model to test the basic functionality for a customer demonstration and they greenlighted it.”

Otto went to work to complete the design and fabricate a full-sized prototype to install and test. The total cost for the first unit is a tremendous cost savings when compared to the dysfunctional barrier system that was installed, not inclusive of the time lost and the associated labor required to maintain the original system.

The simple OttoBollardTM design is made to be permanently installed, stowed in place, easily maintained, and operated manually to replace more complicated and expensive hydraulic traffic control systems. It is designed to give property owners the choice of how and when they change protection levels and or traffic patterns. As an example of maintainability, 8-koi’s OttoBollardTM was easily repaired and made ready for service with minimal downtime the same day following impact.

Applications include property egress paths, facility egress paths, civic meeting places, and roads and other similar locations where bollard systems are not to be permanently installed and there is a need to modify or change potential traffic patterns. The OttoBollardTM eliminates off site storage of temporary bollards or other similar systems when not in use. The OttoBollardTM reduces recurring costs of transport, manpower, rental, and deployment.

“Our patented bollard is a simple system that is quick to deploy, operates without electricity or hydraulics, requires no storage, and works in all weather conditions,” says 8-koi President Inga Young. “We are looking forward to targeting sales to municipalities for secure event areas like sports arenas, stadiums, and parks to help with crowd control and hopefully avoid tragic public safety disasters such as the recent parade crashing events we see on the news.” 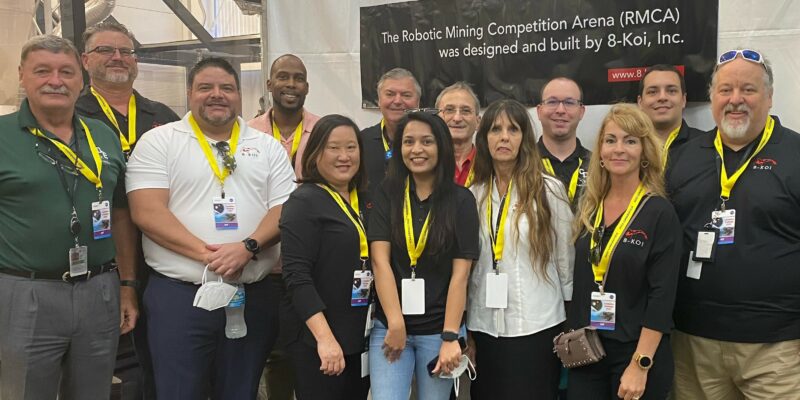 The NASA Lunabotics Competition Arena is open for the first time to students after a two-year delay caused by the COVID-19 public health emergency. Designed and constructed in 2019 by 8-koi, the Lunabotics Artemis Arena at Kennedy Space Center in Florida serves as the venue for the fourth and final competition event of the year-long challenge. Lunabotics challenges college and university teams of students from across the United Sates in a full-on engineering exercise where participants receive practical experience in the full engineering lifecycle process from concept development to system closeout.

END_OF_DOCUMENT_TOKEN_TO_BE_REPLACED

8-koi is one of 426 small businesses awarded the General Services Administration Streamlined Technology Acquisition Resources for Services III (STARS III) Government-Wide Acquisition Contracts (GWACs). The contract vehicle is an effort to provide agencies with more emerging technology options, completing the first phase of awards for the 8(a) STARS III GWAC, with a contract ceiling of $50 billion.

END_OF_DOCUMENT_TOKEN_TO_BE_REPLACED 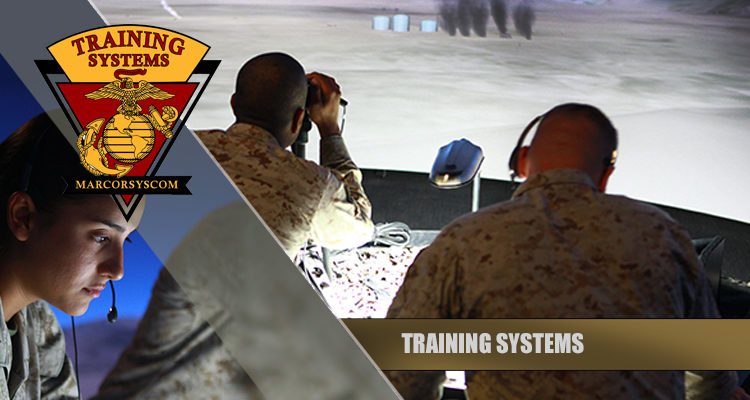 “We are thrilled to provide support to the Marine Corps with Senior Acquisition Specialists who are Defense Acquisition Workforce Improvement Act (DAWIA) certified. Our contracting experts intend to jump right in and integrate seamlessly with the USMC team in Central Florida,” said 8-koi Chief Operating Officer Dean Rosenquist.

8-koi’s acquisition specialists will embed with the PM TRASYS office to support US Marine Corps training requirements that rely on a complex portfolio of training systems that support USMC ground synthetic and live training systems.

In the past, 8-koi has performed on similar contracts with the US Army Program Executive Office for Simulation, Training, and Instrumentation (PEO STRI) by providing Tactical Combat Casualty Care training programs, and has also provided administrative and acquisition related support services to help improve readiness with the US Navy Sea Warrior Program (PMW 240). See more about 8-koi Technical and Administrative capabilities. 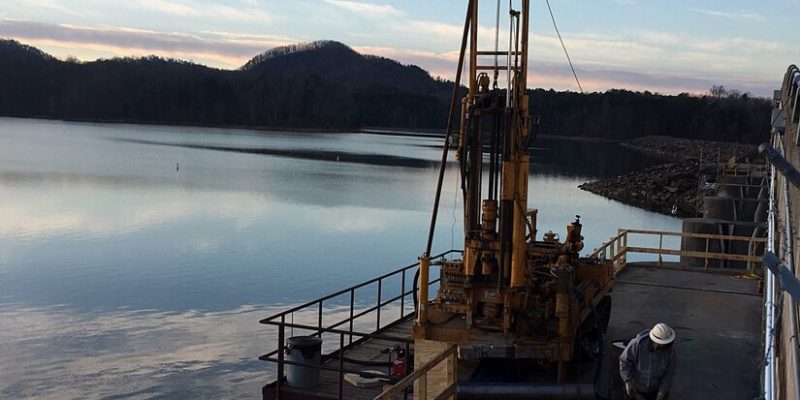 The general construction contract requires 8-koi to provide supervisory, technical, and administrative staff to include field superintendents, quality control managers, architects, engineers, interior designers, clerks, and project managers, among others. 8-koi maintains a General Contractors license in the state of Florida and has provided design-build services to government clients since 2016.

“This is our first contract with the Army Corps and our team is looking forward to supporting this agency with improvements to public use areas in the Southeast region,” said 8-koi President Inga Young.

8-koi Construction Division Vice President Otto Herrera says, “It’s always exciting to start work with a new customer to learn their preferences, adopt their standards, and develop the relationship over time to meet their needs.”

In March 2019, 8-koi acquired Cape Design Engineering Co. (CDE) to expand its WOSB design engineering and mil-spec construction capabilities. The company is headquartered in Merritt Island, Florida and has completed projects for the US Navy in Jacksonville and in Kings Bay, Georgia, among others. 8-koi currently employs 130 people to support its construction and design engineering divisions. 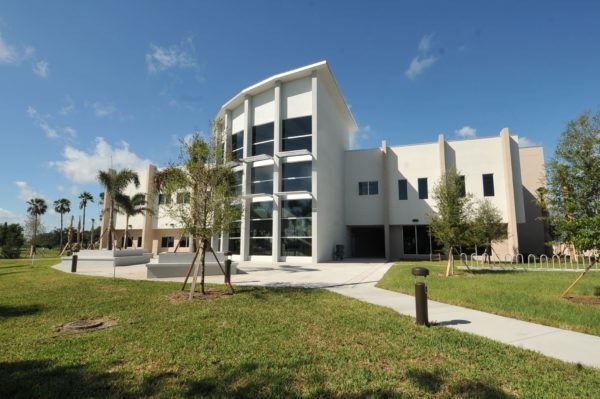 8-koi’s CDE has been selected as the preferred service provider for Palm Beach State College’s five campuses and will perform structural and MEP continuing services for projects under $1M. For almost two decades CDE has provided engineering support to PBSC. It was the first public State College facility to earn the prestigious USGBC LEED Platinum rating in the State of Florida. Another win, another great day to be 8-koi. Go Team! 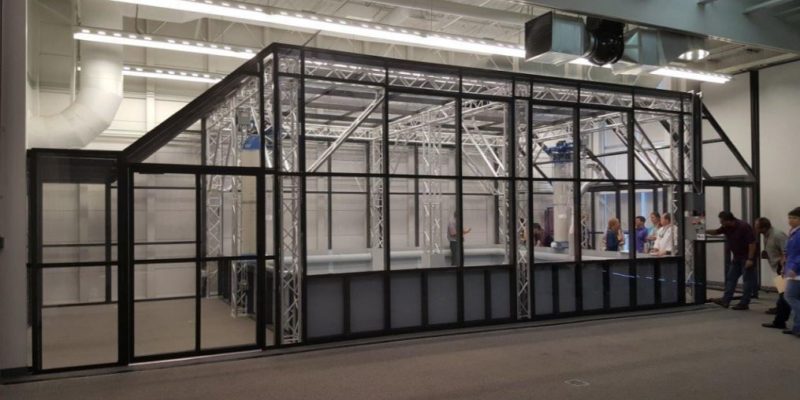 8-koi has completed the construction contract to build the Robotic Mining Competition Indoor Arena at KSC in Florida. Awarded by the NASA Shared Services Center (NSSC), 8-koi furnished all the labor, equipment, materials, transportation and supervision within a budget of $292,957.

The newly constructed arena will host the international competition on May 18-22, 2020, at the Astronauts Memorial Foundation in the Center for Space Education at KSC. Competing teams are challenged to design and build a robotic excavator that can excavate the most simulated lunar dirt within a specified time. Teams submit a systems engineering paper and educational outreach project. The competition is designed to promote and engage students in the science, technology, engineering and math, or STEM, disciplines critical to NASA’s missions.

Check out the video from the previous Robotic Mining Competition.